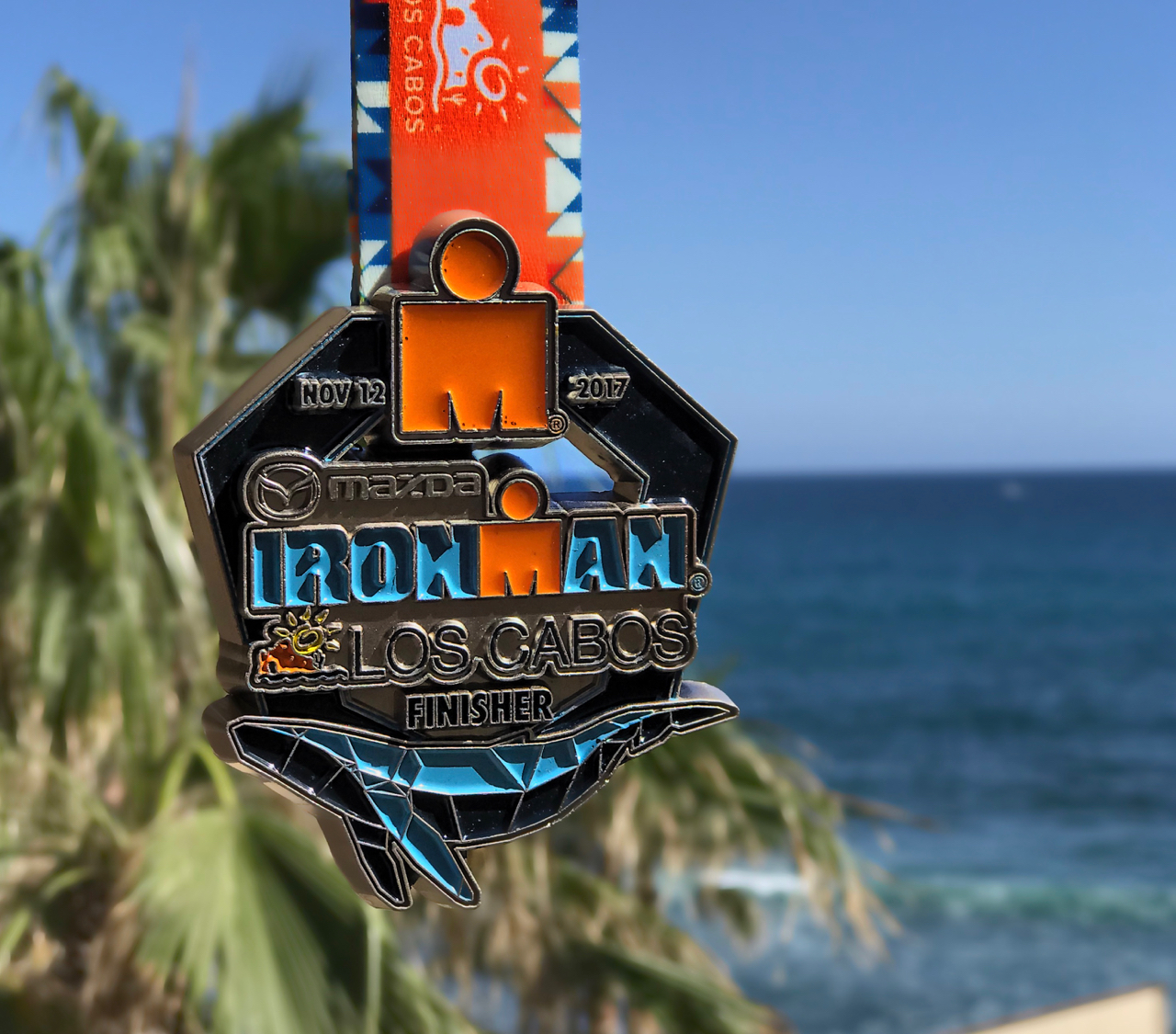 It’s been a week since IM Los Cabos. My inclination is still to avoid sun and heat which tells me a lot about how stressed my internal systems were by racing in 30-36 Celsius air temperature, very intense sun, and radiating heat off the asphalt. I felt that I did everything possible on the bike, nonetheless, my heart rate was abnormally high as the body attempted to cool itself. Let’s take a closer look at this.

The body attempts to rid itself of excess heat by increasing blood flow to the skin. In order to facilitate this process, the heart beats faster. When the ambient air temperature is cooler than the body, we radiate heat to the air. However, when the air temperature nears body temperature (~37 Celsius) this transfer stops.

Evaporation is another method for the body to cool itself, highlighting the need to stay hydrated. Note: this does NOT mean that we should drink as much water as possible. Physiologically, on average humans can only absorb 300 millilitres of water from the gut every 20 minutes: There are, of course, individual variances. It’s also important to have electrolytes in the water, both to replace what the body is losing by sweating, and to create the proper solution for optimal absorption of both water and minerals. Regardless, if there’s more water in the gut than can be absorbed, it just sits there causing problems.

Compounding the issue of last week’s extreme environmental heat was exertion. When muscles contract they create heat. In short, the body was cooking. And if the internal temperature reaches ~40 Celsius the brain begins to broil–a life threatening situation.

Here are some tips for helping the body cool itself…
On the bike:
* Pour cool water on your body since this aids the evaporative process and lowers the rate of dehydration. At aid stations on the bike, I like to fill my BTA water bottle then spray my neck, arms, back, and legs.
* As with European races, Ironman Los Cabos filled sports bottles with filtered water, and they even put ice in the bottles! This allowed me to remove the cap and pour ice into the front of my race kit to further cool the blood as it passed through my chest.
On the run:
* Again, pour water over the body, including the head. Note, it’s a myth that heat is lost via the head ‘faster’ than any other part of the body: The rate of heat loss is the same. However, the large surface area of the head aids in the overall amount of heat loss. And keeping the skull cool helps reduce the risk of roasting the brain tissue.
* Put ice in your cap. This is why I race in a full cap instead of a visor.
* Put ice in the front of your racing kit to cool the belly and groin where large amounts of blood pass.
* Put cool sponges on your chest then, between the aid stations, squeeze out the water.
* Put ice in the palms of your hands. One of the main reasons muscles tire is not because of a lack of energy but rather overheating! Research shows that cooling the palms is one of the fastest ways to cool the muscles of the body.

Prior to Ironmans Coeur d’Alene and Kona, Sansego coach Frank Jakobsen explained to me the cost/benefit of stopping at aid stations to actively cool the body. By taking just a few minutes to get into the shade and cool the body via water and ice, we actually can save time in the long run because the pace/time savings between stops will outweigh the time spent cooling ourselves. Jan Frodeno demonstrated this in Kona 2016 when he took time during the marathon to put his head in a bucket of ice water, after which he charged ahead with (somewhat) renewed energy.

Back to my race a week ago, perhaps I should have lowered my power output on the bike in order to better set myself up for the run. I knew my heart rate was high, but generally I felt quite good, and positive. After 10km on the run, however, the cumulative stress of the internal intensity took its toll at which point I slowed down for the next 20km. Once my pulse lowered, body recovered a bit, and I got some extra nutrition on-board, I was able to enthusiastically tackle the last 10km of the run.

I learned a lot last week–mentally, physically, and strategically–that I plan on using to my advantage in the future. Hopefully this information can help you bypass some of the pitfalls I’ve experienced.

💦 Regarding water, my charity: water fundraiser for providing clean water in developing countries is still ongoing. Your support is greatly appreciated! 💦