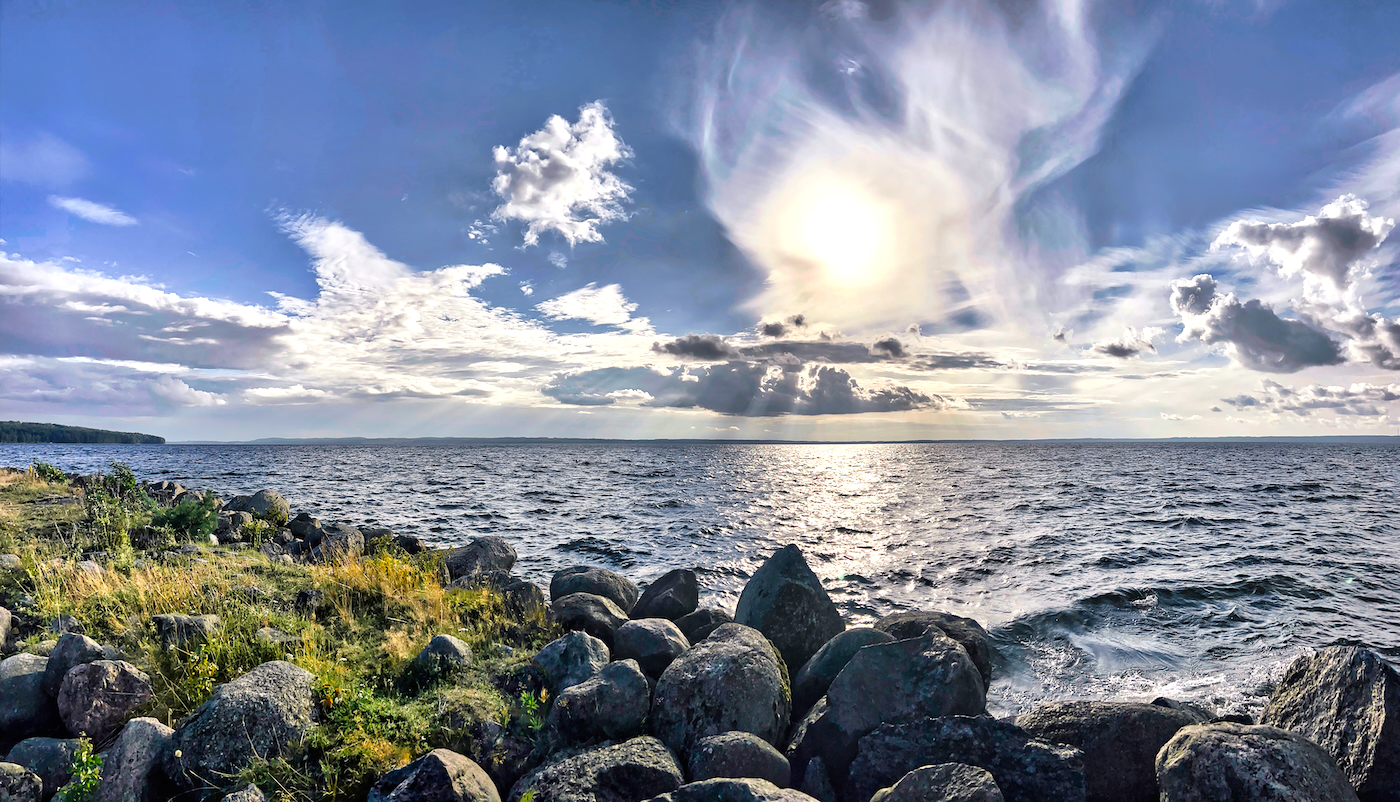 I’ve been feeling a lot of sorrow lately. It’s an existential mourning stemming from one view I have of the world, a few life items and my personal development that sometimes seems to stagnate.

Actively trying to let go of lamenting and frustration is helpful but it’s ultimately still a type of doing rather than being. The idea that I have to drop old conditioning provides focus for the mind but it eventually creates tension with the increasing effort needed to separate subject and object. All attempts to discard the patterns of sadness and anguish lead, sooner or later, to gridlock.

Like nuts, enigmas sometimes need persistence in order to crack, and in the face of obstacles, integrity, sincerity and devotion are laudable. However, there’s little sense in banging my head against a wall if I haven’t thoroughly looked for alternate ways to approach the conundrum. With closer observation, I notice that what appears as an impasse may, in fact, be something else.

In his book ‘You Are the Happiness You Seek, Uncovering the Awareness of Being’, Rupert Spira describes an interaction where he helped a man see through identification with suffering. After musing on it for a while, the man asks, ’What if all the old suffering comes back?’ While I found Spira’s answer enlightening, what attracts my attention more is my own curious twist to the man’s question; What if the old suffering doesn’t come back?

When resting in the being of what is—with my essential nature—there’s a distinct sense of nothing to do, or anyone to do it. The initial experience is a sigh of relief, but over time the mind thinks itself disturbed. Without the habit pattern of seeking or doing, the mind doesn’t know what to do. It’s uncomfortable with the idea of not having a task, or worse, a fear of not being needed.

After having exhaled in respit, the mind revs up its systems again in an attempt to hold on to the identity of becoming and doing. In constant movement the separate-self experiences security in having something to do. The existential sorrow named above becomes an anchoring point, an impression of solidity, a consistent and reliable platform for seeking. More accurately, I carry around my own ball and chain so that I always have a reason to engage in the habit of doing and becoming when the ‘nothingness’ of being is overwhelming. My best friend described it as ‘tail-chasing versus living the divinity of life’.

The paradox is that when ‘that which I have sought my entire life’ is deeply present, I run away. Instead of (finally) resting in the recognition that I am “always and already the inherently peaceful and unconditionally fulfilled presence of awareness, [and that] that there is nothing to do, nor anyone to do it”, the mind tries desperately to reengage the “old habit of becoming lost in or identified with the content of experience.” *

My mind plays its next card by cunningly inserting a virus, ‘Are you serious? How stunningly boring to live the rest of life in this nothingness of so-called peace.’ The trump card is that resting in my true nature is unimaginably full of life. I know this because I have glimpsed it.

Having uncovered an underlying addiction to movement and fear, I notice that there’s a bit more “[resting] that allows the awareness of being to shine through my experience irrespective of its contents.” *

* You Are the Happiness You Seek, Uncovering the Awareness of Being, Rupert Spira