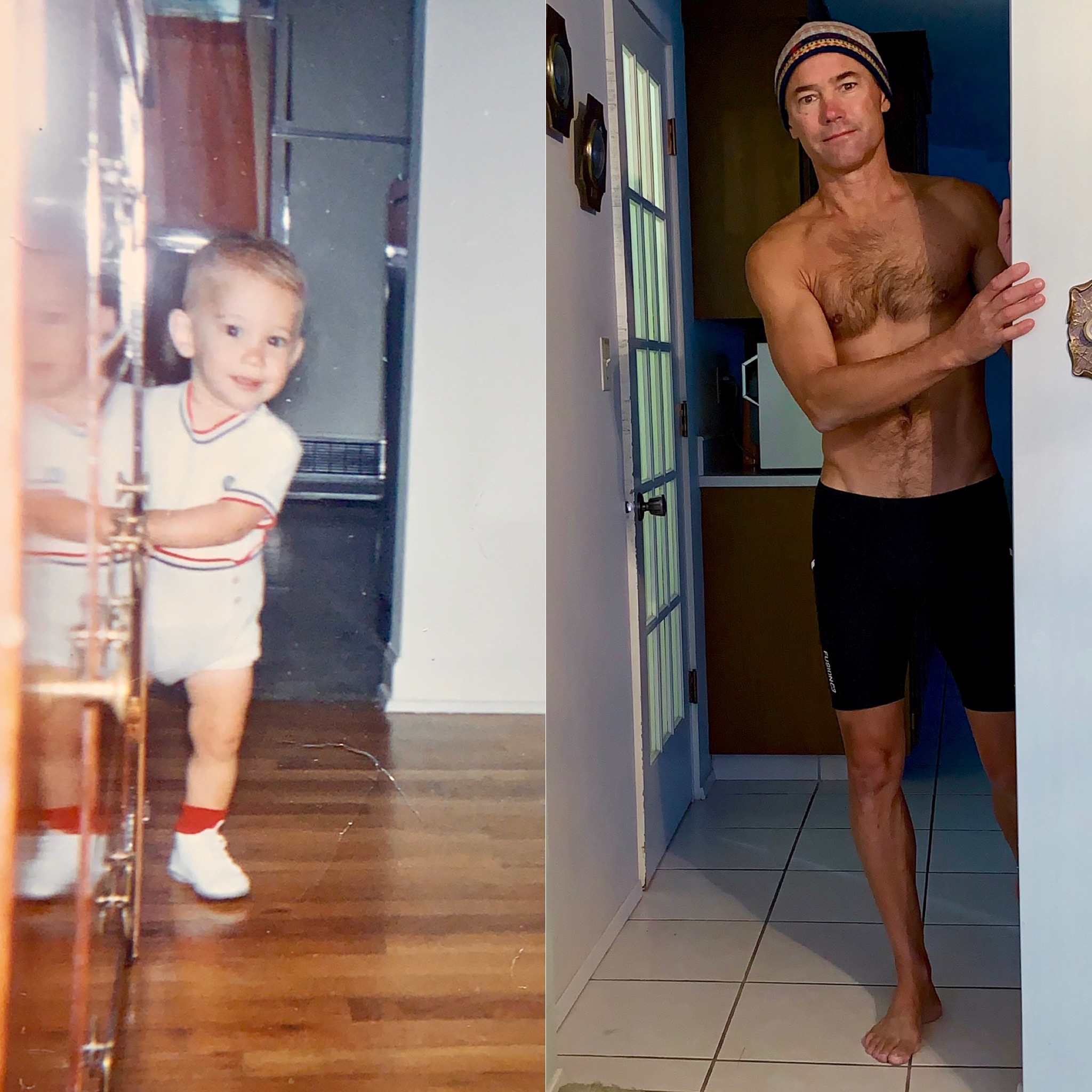 Inquisitive. Cautious. Curious.
Veiled playfulness, uncertain about the rules of the game, and unnerved by conflicting messages in the ocean of human interaction. …That’s what I see when I look at the picture of my two-year-old self.

As that child grew, wariness morphed into self-protection and preservation. I would have preferred that the outward manifestation had become foresight and restraint. Instead, the key theme was vigilant anger.

The most insidious criminal is the inner terrorist, the part of your mind that bullies you or accepts bullying by others. An agitator in your psyche attempts to keep you small by encasing you in a circle of fear. You believe you are a tiny human body, alone, defenceless, and subject to the evil of the world.

ACIM (A Course In Miracles)

Early experiences with fear, separation, and disappointment fed internal violence that begat a rough and rigid adult, resolved to forsake frolic for seriousness in order to anchor himself in whatever way he could. Perhaps Life wryly smiled, patiently biding its time, knowing that sandy footholds would eventually disperse as waves wash ashore.

Imaginably, it was God, or the Universe, or karma that also allowed me to be intrigued by my grandfather’s keen intellect in order to sew seeds of diligence, persistence, and tenacity. And although the tender child determinately safeguarded himself, Grace and the care of some deeply warm people throughout my life slowly cultivated compassion out of my turmoil.

I’ve only recently recognised my spirit animal as the Frog, which symbolises the cycles of life. Its journey, from tadpole to adult, represents transformation and rebirth. Now I know why I’ve always felt that I walked between planes–physical, spiritual, emotional–called to leap, conceivably also to play, in the magic of life and nature.

It’s said that the frog spirit brings us into a deeper connection with our feelings, perspectives and our ability to purge negativity from our lives. I entered this world as a spiritual being, soon after wrongly accepting as truth that I was a separate and individual human. In spite of that, the quest to feel, and be reacquainted with, soulful essence resolutely beckoned. I’m finally becoming comfortable in my own skin, perhaps because I know that it neither defines nor limits me.

After fifty years, I still don’t know the rules of the game, but I’m not scared of the waters anymore, or at least less so. I may not flow, glide or dance like a manta ray, but I can move between water and earth. I’m acknowledging that determination and desire to achieve often cause me to isolate myself. Do I want to continue doing that? How do I honour the gift of strong-willed energy while also participating in human connection? What’s serves the Universe? These are my current inquiries.